Smart watches are on the verge of replacing smartphones, and its driving youth absolutely crazy. Just like other countries, the young generation of Pakistan has gone wild over the latest tech innovations of smart watches. The statistical report shows smart watches online shopping is getting popular among the Pakistani youth, and the trend is likely to increase more in the future. Why youngsters love smart watches and what allures them so much? You will get to know as the article unfolds.

No one in the past could even think that browsing through watches would ever be possible. Well, the Apple smart watches will soon replace smartphones because it has already introduced web browsing via its own free Wifi. What is more, youngsters are now able to download their favorite apps on those mini gadgets wrapped on their wrists. Furthermore, they can even send text messages or make a call whenever they want. Aren’t these features of the latest smartphones?

Apple has recently announced that native apps will be introduced for these mini wrist computers that will enhance youth’s interest in smart watches. According to the Danielle Levitas, the research and analysis SVP of App Annie, the native app would be an evolution in the watch market and it is going to attract youngsters more than ever.

Smart watches are new to the world and its functions are limited; however, it’s evolving and will soon be the most demanding gadget throughout the world, just like the way smartphones advanced and captured the entire market.

What is the Market Growth?

2014 was the year when smart watches were introduced to the world. The Pakistani youth has been showing interest in it ever since. It was the year when Google announced that it had acquired WIMM- the old smart watch pioneer, and in the same year, Apple introduced the iWatch. Therefore, 2014 was a golden year in the world of watches, despite the fact, there’s a lot of room for development. According to the statistical report on smart watches market, approximately 15 million watches were sold in 2014 that increased up to 37 million by the year 2015.

Most of the smart watches were shipped to Asia than the rest of the continents, and Pakistan was one of those Asian countries that were attracted the most. China was the significant smart watch maker that introduced cheap Android smart watches youth went crazy for.

Youngsters also prefer online shopping of smart watches. Both the Apple and Android smart watches are available on getnow.pk at the cheapest possible price. A sale has also been introduced on these watches so now is the best time to order one. We also have sim supported smart watches. So, are you thinking of gifting one to your kid on his or her next birthday? It sure is a really nice option!

And Then There Were None 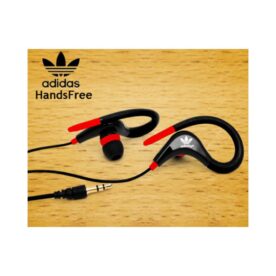 Find us on map